A warm and safe city in the tropical country of Indonesia

Living in a vibrant and modern city!

Enjoy the diversity and culture rich city here at Surabaya! 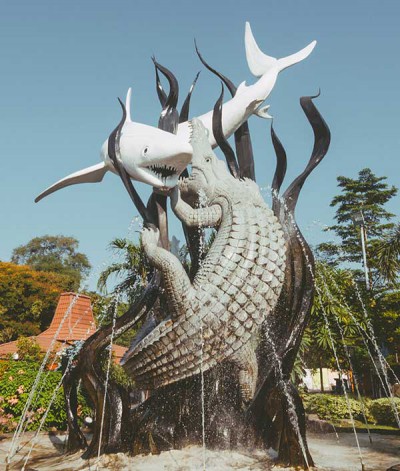 Surabaya (Indonesian: Sura’baya; Javanese: Suroboyo) is the metropolitan capital city of East Java Province and is the second largest city in Indonesia.
Surabaya has an area of approximately 350.54 km² with a population of more than 3 million people at night and more than 5 million people during working hours. Surabaya is known as the City of Heroes because of its history which was taken into account in the struggle of Arek-Arek Suroboyo (Surabaya youths) in defending the independence of the Indonesian nation. Surabaya has a tropical climate like most big cities in Indonesia where there are only two seasons in a year, namely the rainy and dry seasons

You can find more information about Surabaya, including all places of interest information here: Sparkling Surabaya https://sparkling.surabaya.go.id/

It is hot and humid in Surabaya, be sure you are wearing a comfortable shirt and loosen your tie. When you have arrived in Surabaya, airport Ir. H. Juanda, prepare to be approach with hot and dry weather.

Surabaya is the second-largest city in Indonesia, with a lot of food variety, mostly are convenience foods like soup. The famous one is Sop Rawon or Black Soup, located in Jl. Tunjungan, a beef soup with the special ingredient kluwak. You can also easily find dan try Soto Lamongan anywhere. Guaranteed, you will remember them whenever you revisit Surabaya.

For more info about food in Surabaya as well as food in Indonesia, you can try to access these following food guide websites:

What are the famous places to visit?

Knowing Surabaya with general understanding will take you to the most prominent historical street like Jl. Raya Tunjungan and the famous Sampoerna Museum. Surabaya is run by a Mayor of the city and under East Java provincial Governor. Population around 3 million people with satellite cities like Sidoarjo and Mojokerto provide most of the Surabaya industries’ workers.

For more info about places in Surabaya as well other cities in Indonesia, you can try to visit the following Trip Guide websites:

What Language to Speak?

Bahasa Indonesia is commonly used in Surabaya, but a Javanese Surabayan slang can make you a lot of friends once you can speak its jargon. A warm welcome is a traditional gesture for most Surabaya people to greet foreigners. The city employer mainly consists of the industrial manufacturer with SME entrepreneurs build up the economic resilience. The service industry is growing up, but the work behavior culture is still quite different from in Jakarta, the capital city of Indonesia. To succeed in the Surabaya market will teach you to easy success in Jakarta market, price-sensitive and blunt customer negotiation from Surabaya people are an essential part in making this conclusion.

The development of the CITRALAND area as a modern city is starting to take shape. The evaluation and reorientation of urban growth adapted to the times is an essential part of building a city to meet the growing needs and aspirations of its inhabitants. Therefore, it is currently necessary to improve the city’s facial development and management as part of laying a solid foundation for long-term urban development. 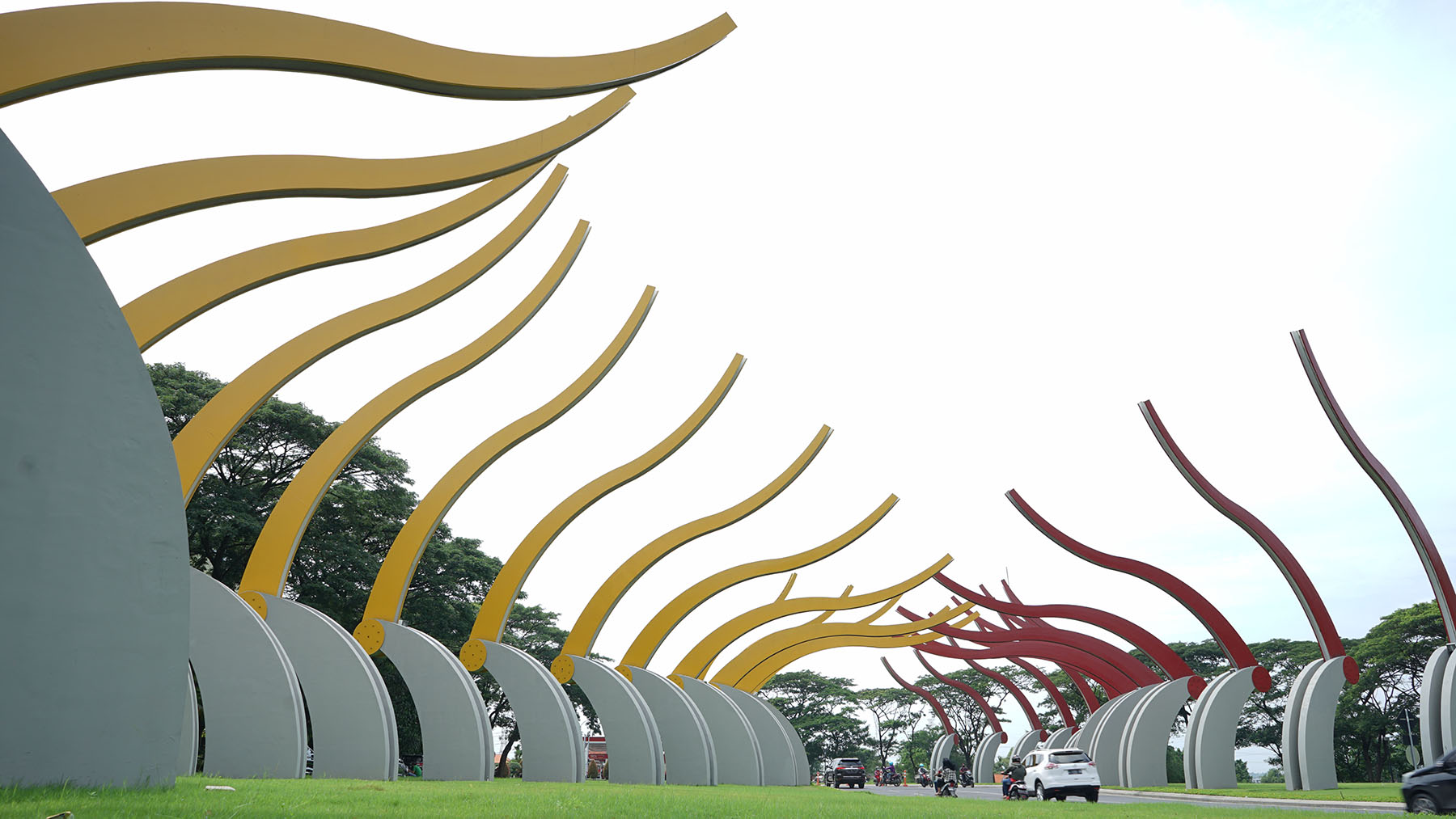 Singapore is an endless source of inspiration for urban development. The city’s planning, development, and arrangement are prepared for the needs of its inhabitants, who always adapt to the times. Three aspects stand out for this city: Modern, Clean, and Green. The provision of public space for its residents’ activities, whether as a place for recreation, exercise, or just for a walk, is also able to foster an independent lifestyle for its residents.

Likewise, the standard graphic / placement of signage and road markings can further enhance a modern city’s appearance yet still intimate and communicative to its residents. Such is the vision for the development of CITRALAND as a city in the future, Singapore will be a source of inspiration as well as a model for planning, development, and management of CITRALAND management.

Unlike cities in general, which usually grow naturally, the development of CITRALAND as a city has been planned from the start in a good blueprint, continuously evaluated according to the times. It is a joy to live in a city that has been well planned from the start, where there is not much in the whole world. 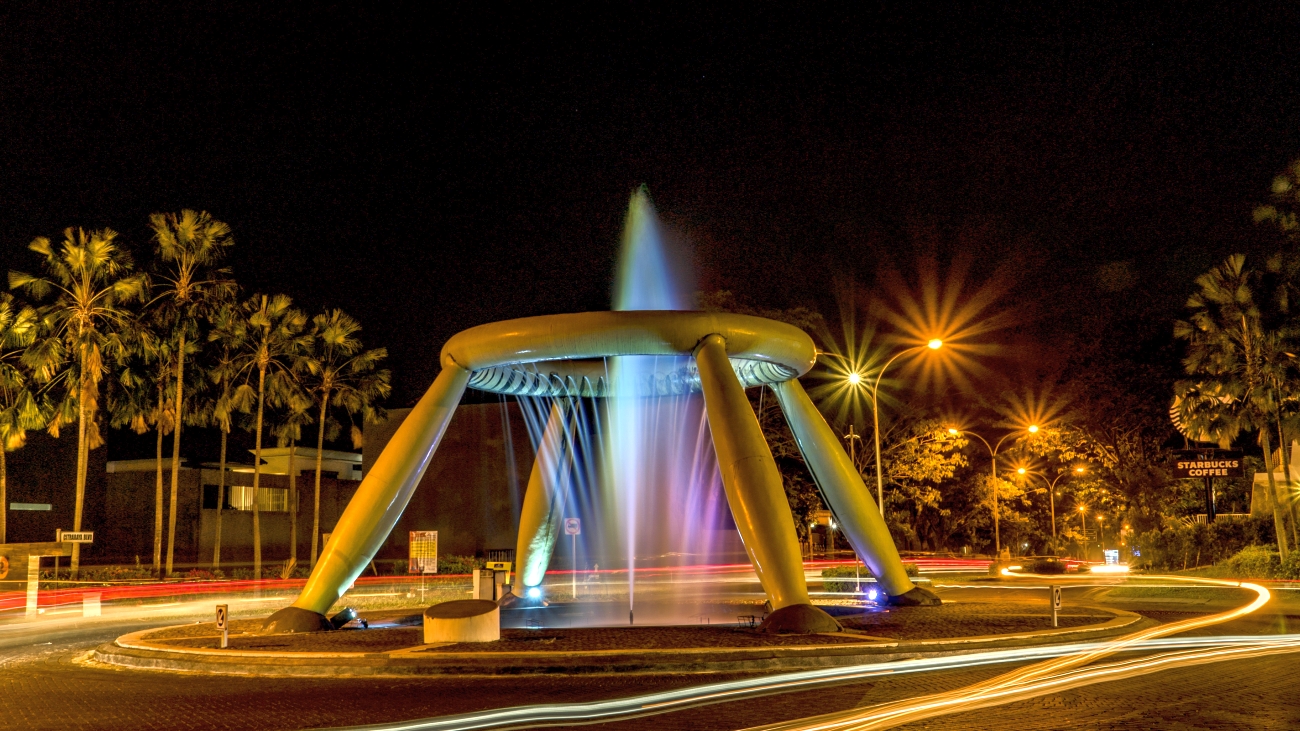 Like Singapore, the CITRALAND master plan was initially planned as a complete city to accommodate urban activities. In addition to providing lots of open space for public activities, it will shape the lifestyle of its people who love the outdoors.

In addition, the presence of representatives from the Consulate General, such as the American Consulate General, has further confirmed CitraLand as an international standard area for a city. The large scale of development allows CITRALAND to accommodate a variety of city-scale facilities that are diverse and full of creativity.

The landscape arrangement will refer to Singapore standards, which allows the creation of green and lush open spaces. The similarity of Singapore’s geographical and climatic conditions with Surabaya allows CITRALAND to use the same vegetation types. 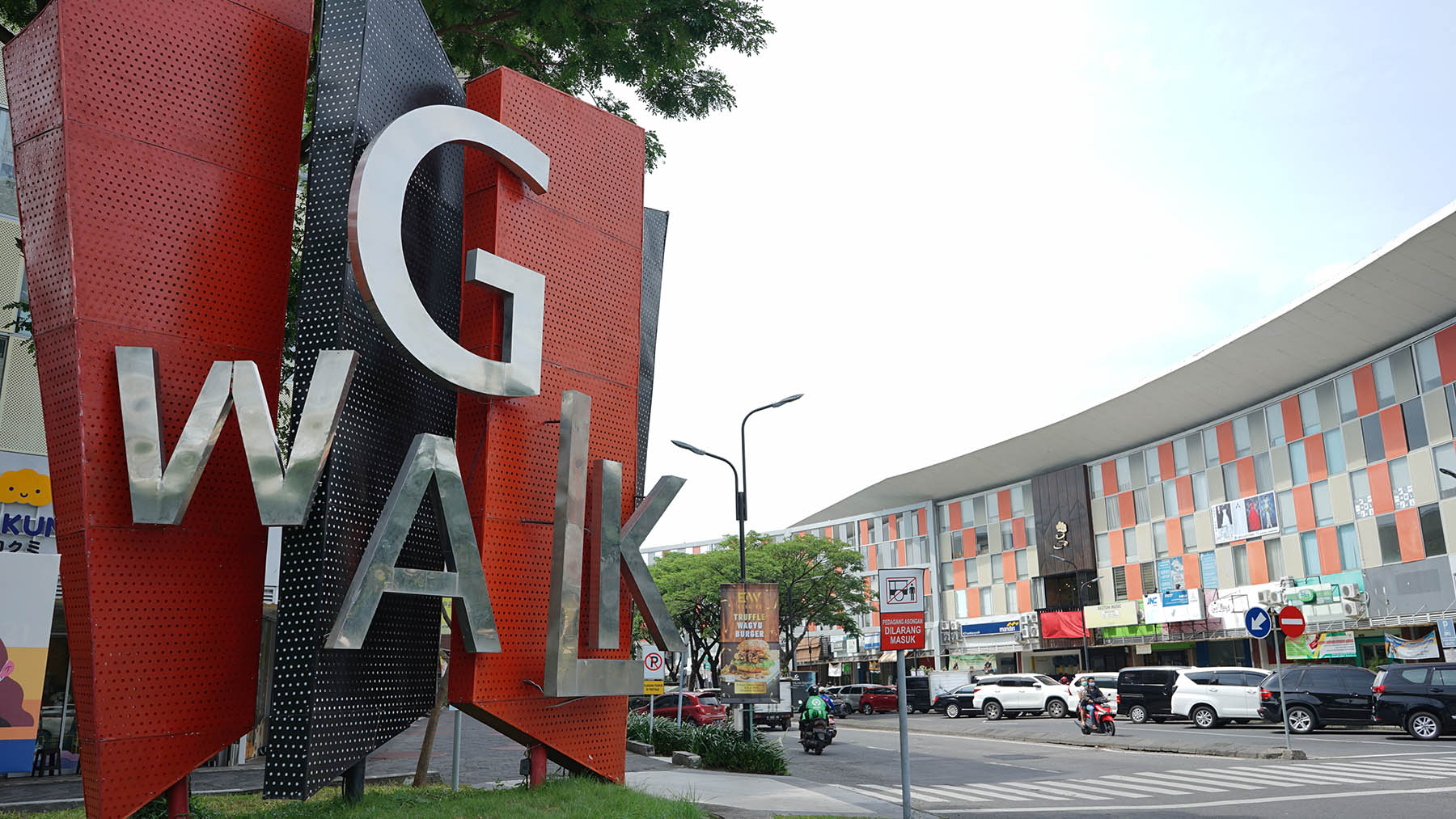 Iconic modern culinary space – Gwalk, you can find a variety of foods from different part of Indonesia at reasonable prices here

To strengthen Singapore’s presence as a model for the development of its region, CITRALAND will also present various features and icons that are trademarks for Singapore. Among them will be built a Merlion statue placed in the middle of the lake, a figure of Fullerton, Dalhousie Obelisk, a sculpture of Suntec City, and even the creation of the Mini Orchard pedestrian area by transforming the Taman Gapura Sentra Niaga shophouse area into a modern culinary space in Surabaya known as GWalk.

Apart from being a supporting element for the city’s beauty, these icons are also a sign of CITRALAND’s management commitment to realizing Singapore’s standard model for its region.

City infrastructure quality standards refer to Singapore infrastructure standards. The various utility grids are all buried neatly underground. The roads’ width and quality, the arrangement of sidewalks for pedestrians, street lighting, and different road markings also follow the standards of this leading trading city in Asia. Even the street signage, bus stops, and traffic signs as far as possible were designed to the city’s standards.

As a complement to a modern city, CITRALAND has also installed a multimedia network that allows the operation of cable TV and broadband for internet applications. Citra Media has invested in the investment in the multimedia network. In addition to the need for telephone lines with high reliability. Even for the PLN power supply, a tandem power supply has been prepared from 2 different PLN substations, thus enabling the PLN electricity supply with very high reliability.

The city’s development has also been well anticipated and prepared to avoid chaos in future arrangements. 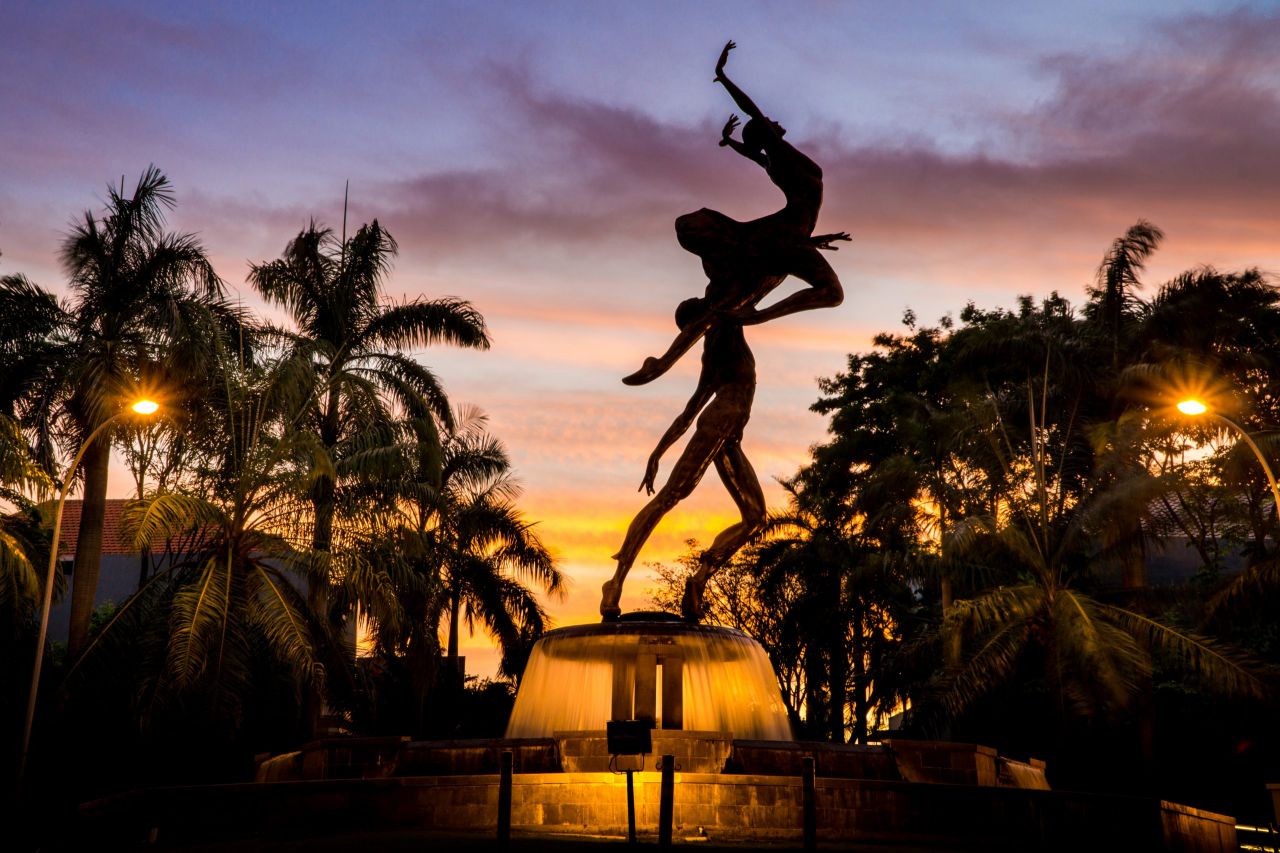 The Singapore of Surabaya

Judging by the similarity in quality, convenience and service standards available at CITRALAND, it is appropriate that The Singapore of Surabaya is chosen as the title of this city. To further emphasize the three very prominent aspects of Singapore, CITRALAND carries a second tagline: Living in a Clean, Green, and Modern International City as a summary of a well-organized environment, excellent infrastructure and utility standards, and neat urban management.

Gradually, in a few moments, you will be able to feel Singapore’s presence. You no longer need to fly far away to feel the atmosphere.

Welcome to CITRALAND, the City of Singapore in Surabaya.

You can find more information about Citraland Surabaya here:

The Universitas Ciputra was established in 2006 in an area called CitraLand, located in the western part of Surabaya, easily reachable from the airport through the toll road. The site was developed since 1995 by the late Ir. Ciputra, one of Indonesia’s leading Entrepreneurs. Ciputra also built the campus to fulfill his passion for creating more entrepreneurs in Indonesia. 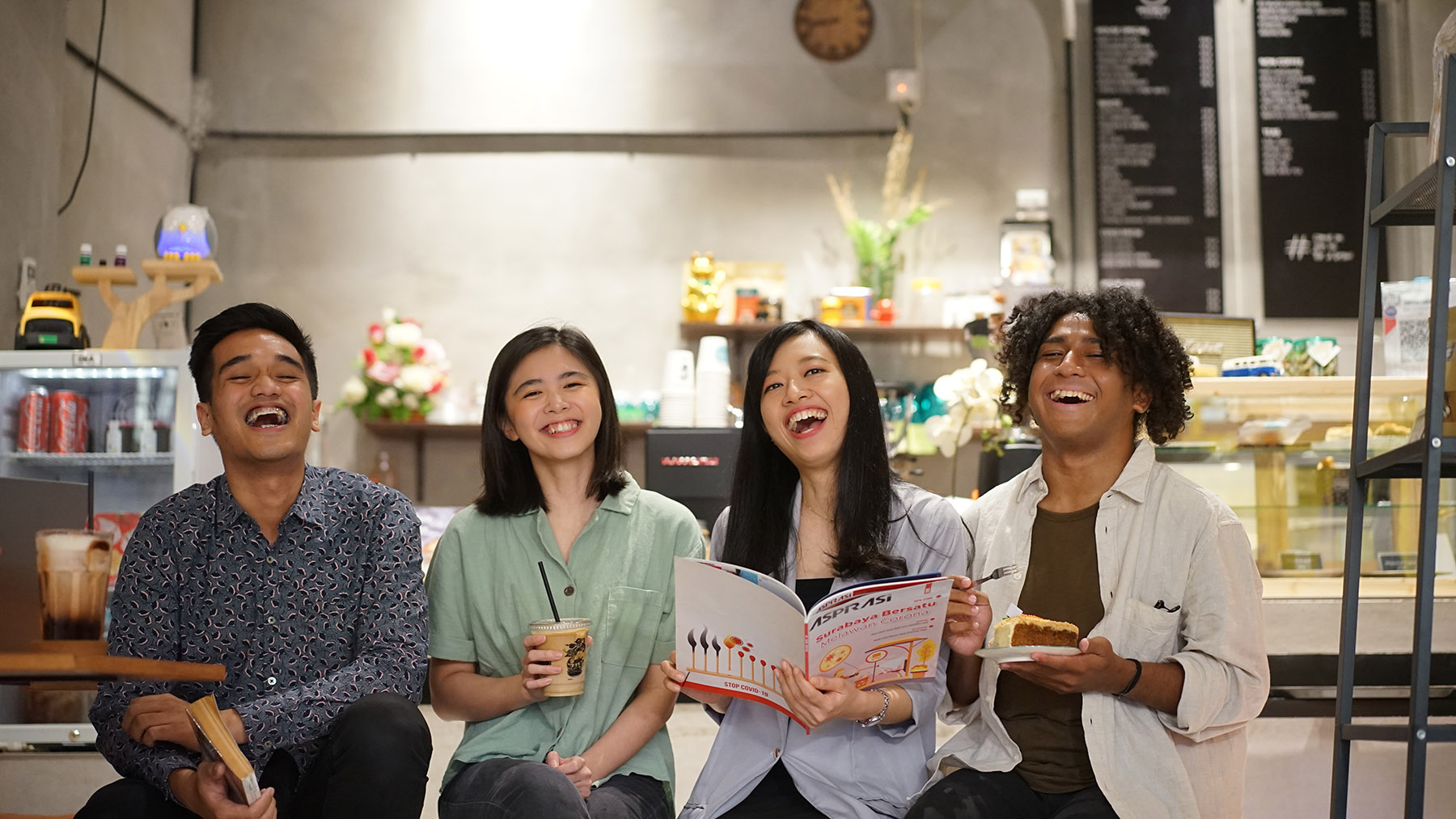 Happiness, the photo was taken at a cafe shop next to the campus building

Hope can bring the best of yourself

Always remind that found a friend is very important every day

Performance is not happening after 1 night of study only

Perfect is unfamous word in your ages as a student

Independent should be determined to be your existence

Normal student is a well being of  your days

Entrepreneuships supposed to be your aim for mindset development

Social life got to be balance within your years

Smile is a recipe for your Happiness